The latest in our series of poems on Difference and Defiance contains one of each – the defiance of the North, and the differences (and similarities) between two football fans.

The Town That Was Murdered

They shut the pits down long before
they closed the shipyard doors.
The steel that we were promised never came.

Then they said they’d dock our dole,
because we weren’t at home,
available for work that wasn’t there.

For twenty-seven days we marched,
just trying to be heard,
but government can only hear the rich.

Three hundred miles and all for nowt.
We might have bloody known.
That bastard Baldwin couldn’t give a shite.

So back we go, with nothing changed,
back to the town they murdered,
and I wonder when the North will rise again.

The Town That Was Murdered is the title of a book written by Ellen Wilkinson, MP for Jarrow from 1935 to 1947, about the plight of the town and the destructive effect of capitalism on working-class communities.

Knowing I’d be with you,
I’ve been practising your language,
so when he scores the penalty,
instead of Fuck off, cheating shit
I have something more poetic:
Que te folle un pez!

You equalise, but he scores again,
so I stand, shout at the screen,
Hijo de las mil putas!
in revenge for two thousand and six.

When you take the lead,
I realise that I’m unprepared,
educated only in insults, curses,
have nothing for this, beyond
Arriba, arriba, si si si!

In the end, his hat trick
allows me to unleash
Me cago en tu madre!
and I no longer worry, for now,
about not knowing what to say,
or how to say it. 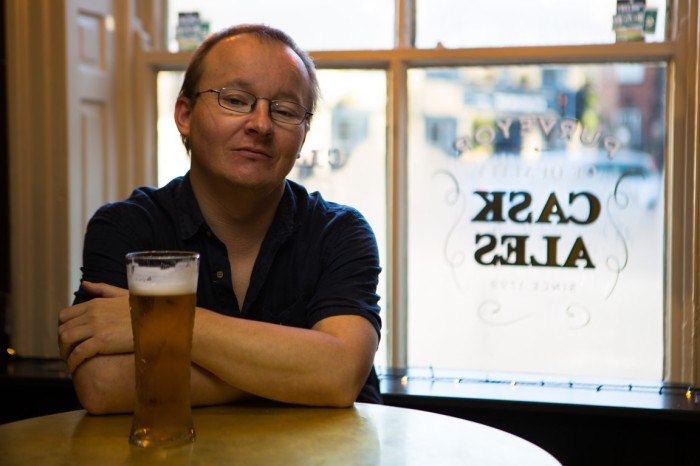 Joe Williams is a former starving musician who transformed into a starving writer and poet in 2015, entirely by mistake. He lives in Leeds and appears regularly at events in Yorkshire and beyond. He has been published in numerous anthologies, and in magazines online and in print. His debut poetry pamphlet, ‘Killing the Piano’, was published by Half Moon Books in 2017, followed by the Saboteur Award shortlisted verse novella ‘An Otley Run’ in 2018. He won the Open Mic Competition at Ilkley Literature Festival in 2017 and was runner-up the following year.